PLEASE NOTE: This blog has been discontinued. Please visit my main blog at: http://1happyhiker.blogspot.com/

A favorite short hike of mine is located in the picturesque Crawford Notch State Park.

This trek begins from the east side of Rt. 302 just across from the Willey House Site where ample parking is available.  Soon after crossing a footbridge, the signage for the Sam Willey Trail comes into view.  My routine is to follow this trail to the point where it ends and then seamlessly joins the Saco River Trail, which I then follow to the point where it intersects the Webster Cliff Trail.  At this junction, I simply turn around and retrace the same route taken on the outbound portion of my trek.  The round-trip distance for this small hike is about 2.5 miles.

This route has several nice viewpoints that provide striking vistas looking northward up the glacially-carved valley named Crawford Notch.  In each instance, Mt. Willey dominates the left (west) portion of the view.  At the top of the view are Mts. Avalon and Willard.  And to the right (east) is Mt. Webster with its many rock slides and craggy cliffs.

The first viewpoint is reached in less than 5 minutes from leaving your car, and is located just a few steps before setting foot on the Sam Willey Trail.

Another viewpoint is reached within about 15 minutes into the hike where the Sam Willey Trail splits to form a closed loop (sort of like the eye of a needle).  By walking about 150 ft along the right (west portion) of the loop, you are treated to yet another northward view of the Crawford Notch.

The last viewpoint that I'll mention is one that should only be considered if you're comfortable with off-trail travel (a.k.a. bushwhacking).  At about 0.1 mile from the intersection with the Webster-Cliff Trail, you leave the south side of the Saco River trail and then trek slightly downhill through the woods for about 450 feet to a wetlands area where there are some unobstructed views  looking northward up the Crawford Notch.

Shown below are photos taken from each of the three viewpoints described above.
This vista is reached in less than 5 minutes from leaving your car, and is located just a few steps before setting foot on the Sam Willey Trail. 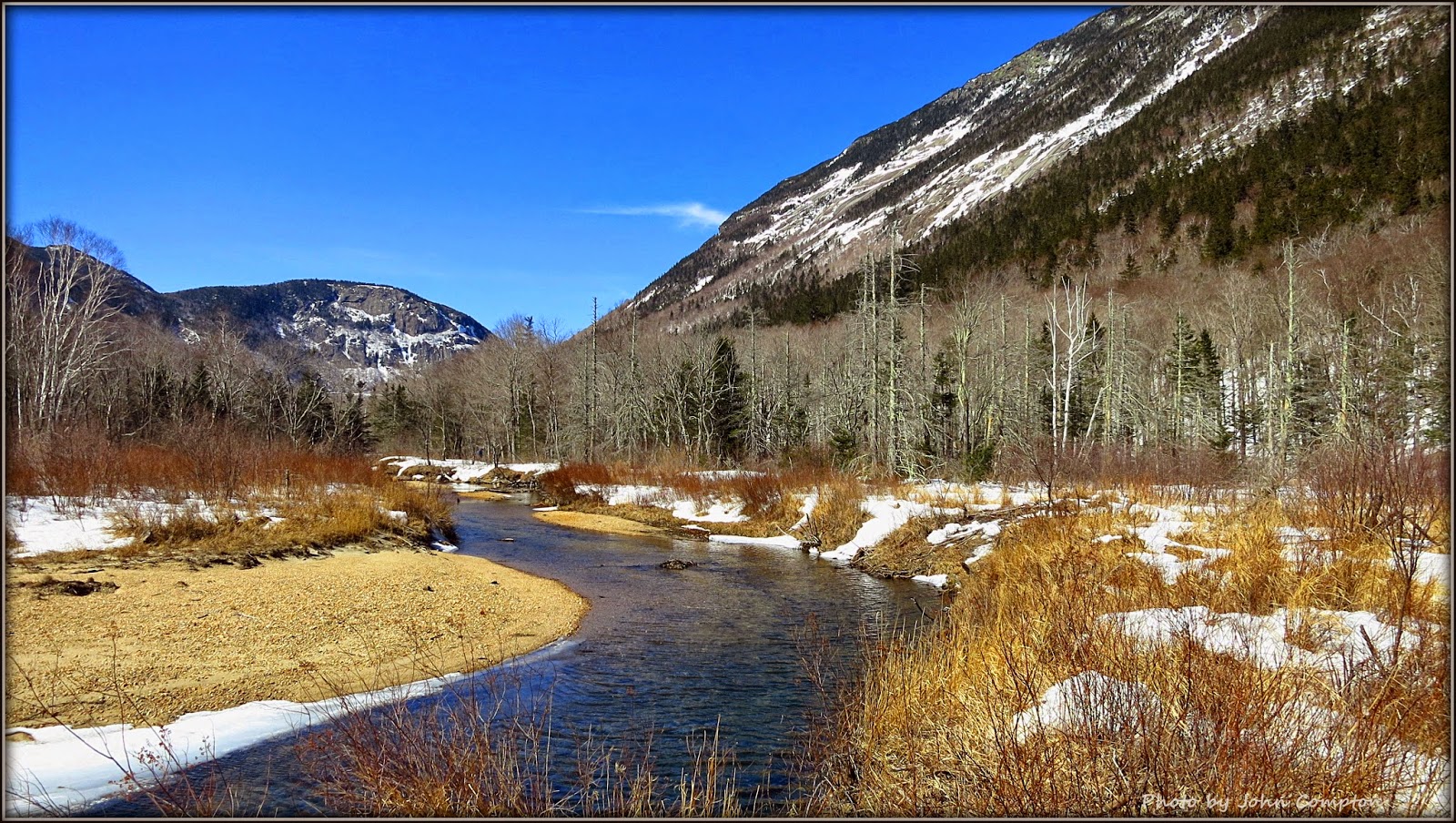 After about 15 minutes into the hike, you are treated to another northward vista of the Crawford Notch.


To sum it up, this hike can be done and enjoyed year round.  The parking area on the east side of the highway is plowed during the winter months.
Posted by 1HappyHiker at 8:06 AM 2 comments: